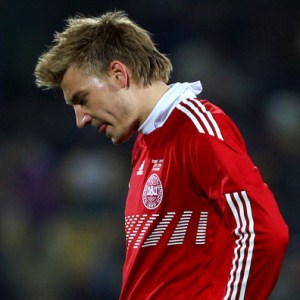 Arsenal manager Arsene Wenger is optimistic that the fans will soon see the best of injured striker Nicklas Bendtner.

The 22-year-old Danish international striker is in line to make his first appearance of the season against Birmingham on Saturday after recovering from a groin problem which he aggravated at the World Cup.

Wenger said: “Let’s not forget that since last November Nicklas has produced here and there, but never had a consistent presence because of his injuries. Apart from the fact he went to the World Cup we have not seen the real Nicklas Bendtner for a long, long time.”

He added: “He is the closest he has been to his best for a while.

“He was really, really handicapped by groin problems, but they have gone now.”