Reports are out claiming that Arsenal boss Arsene Wenger wants fans to cancel protests set to take place during Sunday’s game against Leicester. 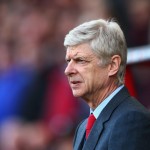 Foxes fans, who are upset at the late switch in date and kick-off time, plan to enter the Emirates Stadium five minutes after the match has started.

The ploy has been backed by Gunners supporters, but Wenger says everybody should be in their seats on time.

“You can protest before and after but during the game you want everybody to be there,” said the Frenchman.

“Life is not every day fantastic,” he said, “Sometimes it’s boring, sometimes it’s difficult for many people.

“Football is a moment of happiness in your life, so don’t miss it.”

Arsenal supporters’ group REDaction has called on home fans to join in the protest by applauding the late arrivals into the stadium. Only Myself To Blame For Barcelona Failure – Ex-Arsenal Midfielder Hleb

Wojciech Szczesny Happy Arsenal Could Sign Off With Win