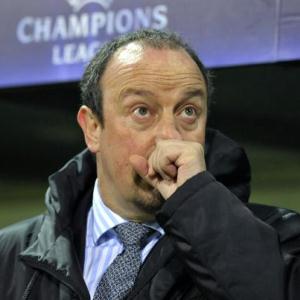 Inter Milan settled for second place in Champions League Group A as they put in a feeble display in a comprehensive defeat at Werder Bremen.

A first-half header from Sebastien Prodl combined with a glorious volley from former Inter man Marko Arnautovic and a sharp strike from substitute Claudio Pizarro after the break earned Bremen their first win in the group.

It could have been even more emphatic for the Germans who hit the post and the bar as they carved open the defending champions in the second half.

The Italians were woeful, offering almost nothing going forward and conceding their 11th goal of the competition, one more than they let in in their run all the way to the title last term.

The result will do little to ease the pressure on boss Rafael Benitez, whose side are well off the pace in Serie A. Tottenham Not Interested In Selling Jan Vertonghen To Inter Milan