It has been reported that West Bromwich Albion boss Alan Irvine has confirmed interest in Manchester City midfielder Jack Rodwell. 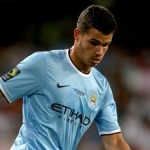 Irvine worked with Rodwell at Everton.

“I know Jack really well as I live in Southport,” he said.

“He’s had some injury problems but is a very good player. He was a Rolls Royce as a kid but I don’t know his situation.

“Manchester City bought him for a huge amount of money so I can’t imagine he would be someone available for a small fee.”