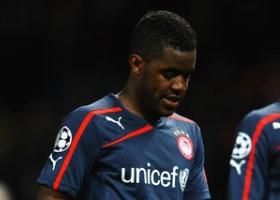 The Express & Star reported that Costa Rica international Campbell, who is contracted to Arsenal, spent last season on loan at Real Betis under Baggies boss Pepe Mel as the club qualified for the Europa League.

He played primarily as a winger, scoring twice in 28 appearances, and has spent this season on loan at Olympiakos in Greece.