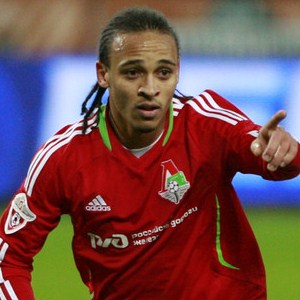 More transfer news from the English Premier League is out and it has been reported that West Brom have completed the signing of Lokomotiv Moscow forward Peter Odemwingie on a two-year deal.

Odemwingie, now age 29, represented Nigeria at the World Cup finals and joins the Baggies for an undisclosed fee.

It is also said that the club also have the option to extend his contract to three years.

The two clubs agreed the transfer last week but Odemwingie had to secure a work permit. This proved to be a formality as the player has appeared in more than 75% of his country’s competitive fixtures in the past two seasons.

Odemwingie brings versatility to the Baggies squad as he has played in central and wide positions during his time at both Lille and Lokomotiv.

Manager Roberto Di Matteo told the club’s official website: “I’m delighted to welcome Peter to the club. He is an exciting international, has a great CV and I’m sure seeing a player of his calibre coming into the club will give everyone a lift.

“We’ve brought him in as a striker but he can also play out wide, which gives me options.”

Odemwingie is expected to receive international clearance in time to make his debut against Sunderland on Saturday.