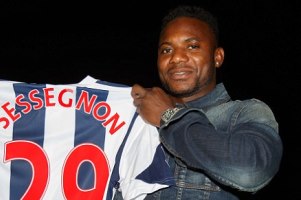 It has been reported that Stephane Sessegnon has been granted a UK work permit and can now resume his career with West Bromwich Albion.

The Baggies’ club-record signing is now available to make his debut against his former employers Sunderland, at The Hawthorns on Saturday.

The 29 year old Benin international striker signed a three-year contract on transfer deadline-day after Albion surpassed an undisclosed transfer fee which allowed Shane Long to join from Reading in August 2011.