Reports are out claiming that West Ham United have made contact with former AC Milan coach Massimiliano Allegri. 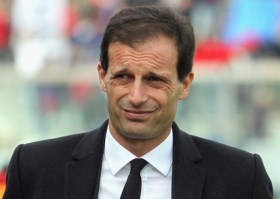 Panorama reported that the Premier League side have approached the 46 year old and talks have reached the stage of transfer strategy.

Allegri relocated to London earlier this year to improve his English and wait for potential Premier League offers.

Among the players being discussed is Alessandro Matri, who is owned by Milan and was loaned out to Fiorentina in January.