It has been reported that West Ham United boss Sam Allardyce has taken a swipe at Manuel Pellegrini ahead of their clash with Manchester City. 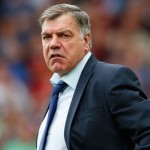 “Their [Wenger/Rodgers/Pellegrini’s] philosophy is different to ours. Ours is more about who are we playing against. Their philosophy is more, ‘We always play this way’, and they won’t change, they carry doing on the same thing. That’s why you can beat them.”