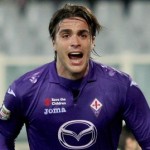 Sportmediaset claims that the Premier League club are in touch with Milan about a price for Matri, having taken Antonio Nocerino on-loan from the Rossoneri in January.

The 29 year old was signed by Milan from Juventus for €11 million, but struggled to make an impact last season and was sent on-loan to Fiorentina for the second-half of the campaign.