Reports are out claiming that West Ham United co-owner David Sullivan says they’re prepared for Winston Reid to run down his contract. 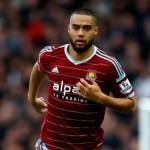 But Sullivan says: “We wouldn’t let Winston go unless it is a silly deal and I don’t think anyone would pay the money we want.

“I still believe there is a 30 per cent chance he will stay. He tells us he still hasn’t made up his mind and we want him to stay.”