It has been reported that West Ham United defender James Collins has criticised Manchester United’s Adnan Januzaj after he was booked for diving on the weekend. 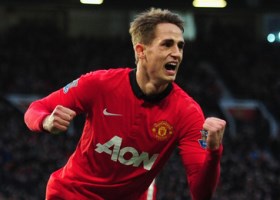 The 18-year old Belgian was booked for simulation in United’s 3-1 win at Old Trafford on Saturday with his decision to dive being met with derision from Welsh centre-back Collins.

However, he feels it will be a learning curve for the 18 year old who will erase that part of his game and go on to be a superstar.

“I don’t like to see it in the game. He probably thinks I am going to stick my leg out and he’s probably already thinking about going over.

“Obviously he’s taken a dive. He’s a young lad, a great player, I’m sure he will learn. David Moyes seems to have this conversation quite a lot at his club with Ashley Young. It happens in football. He (Januzaj) is a great player and played very well at the weekend. He’s learning the game and if he carries on playing the way he is, he is going to be a top-drawer player.”