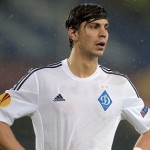 Hammers boss Slaven Bilic is in the market for a new centre-half and has also expressed interest in Juventus defender Angelo Ogbonna.

Sky Italia, however, says Bilic has gone cold on Ogbonna to move for Dragovic.

Indeed, the Hammers have made the Austria international a priority target this summer.

The 24 year old is also linked with Arsenal and Manchester United.