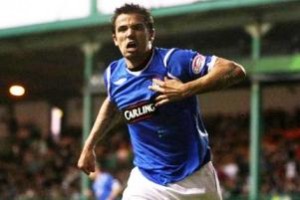 It has been reported that West Ham boss Gianfranco Zola is keen to boost his striking options in a bid to pull clear of the relegation zone.

Novo will be out of contract in the summer, and a cut-price deal in the January transfer window might well appeal to the Hammers, with their financial difficulties well documented.

Rangers have yet to open contract talks with Novo, who is undoubtedly a favourite with the Ibrox faithful.