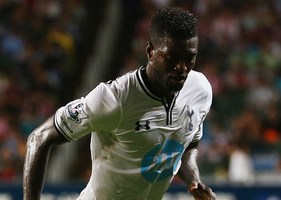 The Mail on Sunday reported that Spurs are desperate to get rid of the 29 year old Togo international.

However the player’s complex wage arrangements are a hindrance as a massive chunk is still being paid by Manchester City.

West Ham may think about an on the cheap loan move for the former Arsenal striker.

Jan Vertonghen Wants Tottenham To Step Up In Big Games