Reports are out claiming that West Ham United want Adnan Januzaj on loan. 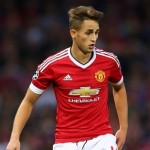 talkSPORT suggests that the Hammers are set to go after the Manchester United attacking midfielder before the summer transfer window shuts next week.

It is believed that West Ham want Belgium international Januzaj on a season-long loan as Slaven Bilic looks to add attacking reinforcements following an indifferent start to the season.

The East London club have scored six goals in their opening three Premier League matches but have not recorded a point since their opening weekend triumph over Arsenal and Bilic is keen to bring in some quality out wide in the form of 20-year-old Januzaj who has recently been linked with Sunderland, Everton and Juventus.