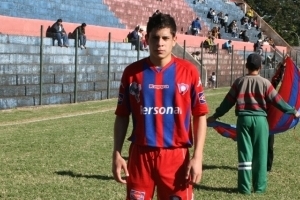 The 16-year old Cerro Porteno attack sensation is expected to meet Hammers officials for talks very soon with the London club believed to be prepared to part with £2million for his services.

Iturbe is being touted as the best talent Paraguay has produced for some time and he is attracting interest from both Real Madrid and Manchester United.

However, it is believed that West Ham co-owner David Sullivan is keen to land the young gun himself, develop him and then sell him when he reaches his peak.