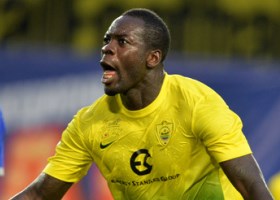 The Daily Express revealed that reports in Russia suggest that several Premier League clubs have expressed an interest in signing the central defender from Dinamo Moscow but the Magpies and Hammers are currently in negotiations over a transfer.

The 29 year old Congo international is particularly keen to return to England, as his family have remained in this country instead of joining the player in Russia. Newcastle eyes Champions League spot, Man Utd would not mind it at all….