It has been reported that West Ham are launching a January bid for Liverpool striker Daniel Sturridge. 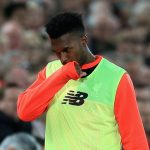 The Sun says the Hammers are desperate for a proven goalscorer – and Sturridge is certainly that – after a nightmare start to the campaign.

They would love to end his Anfield agony, even if it was only on a short-term loan basis until the rest of the campaign.

But with Liverpool facing a striker shortage in January, it will be a huge uphill battle to get their man.

The Reds face being without Sadio Mane for a month, as he will be on African Cup of Nations duty with Senegal.

Danny Ings will only be fit for the final few weeks of the campaign – if at all – after a knee ligament injury which needed surgery.