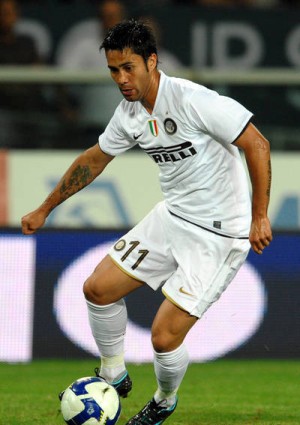 Local newspapers have reported that the Chile player, 24, is capable of playing in several positions up front, including as a second striker or as part of a three-pronged attack. Jiménez, who was plagued by injuries last season, is also believed to be targeted by Parma and Fiorentina.

It was also reported that the player said that he need the trust of a manager to play with continuity and that he cannot allow himself another year like this.

The player is co-owned by Inter and Ternana after moving to the San Siro two years ago.