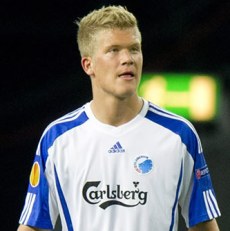 Reports are out claiming that Premier League clubs are interested in Danish sensation Andreas Cornelius.

The Sun revealed that West Ham United have watched Cornelius in his last two games for FC Copenhagen and are ready to fight Arsenal for his signature in January.

Inter Milan have also shown interest in the £3.5million-rated 19-year-old.

Cornelius has 10 goals in 17 matches.