It has been reported that West Ham United are eyeing Manchester City defender Micah Richards. 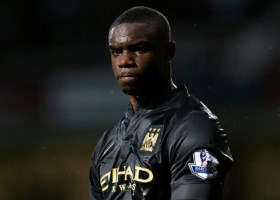 The Daily Mail claims that the England international defender is a possible target for the Hammers.

However, Richards’ £80,000-a-week wages may prove a stumbling block.

Richards, who is also linked with Arsenal, has one year left on his current deal, having come through the ranks at City making his debut in 2005.