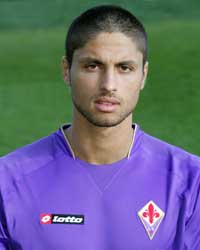 More transfer news from the Premier League is out and it has been reported that West Ham have signed defender Manuel Da Costa from Fiorentina, and allowed forward Savio Nsereko to move in the opposite direction.

Fiorentina director Pantaleo Corvino told reporters that Da Costa is not yet a West Ham player and tat West Ham have asked for him and the club has considered adding Savio to the negotiations, which could be seen as a long-term investment for Fiorentina.

French-born Portugal centre-half Da Costa, now age 23, played one Serie A game for La Viola before joining Sampdoria on loan in January, where he also failed to impress and the former PSV stopper is expected to cover for Matthew Upson and James Tomkins, with James Collins set to join Aston Villa.