It has been reported that Andy Carroll was on target as West Ham United pushed further clear of the Premier League drop zone on Monday night. 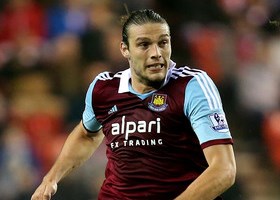 The 25-year old headed home in customary fashion when he got on the end of Mark Noble’s corner inside ten minutes before Mohamed Diame added a second five minutes into the second half.

Adam Johnson came off the bench to pull one back for the Black Cats but the damage had already been done as Carroll revelled in a vital win for the east London club.

The former Newcastle United and Liverpool man was thrilled to basically secure safety and admitted he had thoughts regarding this summer’s World Cup with England.

“That’s what I’m looking for now (to make the World Cup squad) – keeping fit, scoring goals and getting involved – that’s the aim until the end of the season.

“Obviously we’ve got to take every game as it is and the teams are winning down below us but I think all the lads are positive about staying in the Premier League and I think we are safe, yeah.”