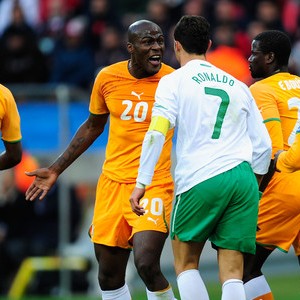 Interesting transfer news are out and it has been reported that West Ham United have made an offer for Hamburg defender Guy Demel.

It is reported that Hammers boss Avram Grant has targeted a move for Demel as he looks to solve his problematic right-back position.

Grant is keen to bolster his squad before the close of the transfer window and has tabled a 2million euro bid for the Ivory Coast international.

Demel’s agent, Saif Rubie, has confirmed West Ham’s interest in the former Arsenal defender and is waiting to see if their offer will be accepted by Hamburg.

“West Ham have made an offer on Friday of 2million euros for Guy,” Rubie told skysports.com.

“However, whether it will be enough for Hamburg to do business with just three days of the transfer window left remains to be seen.

“Guy is very happy at Hamburg and committed to doing the very best he can for the club.”