Reports are out claiming that West Ham United are moving for Monaco defender Aymen Abdennour. 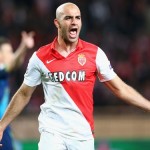 The Mirror claims that West Ham have moved to follow up their capture of Dimitri Payet with a £13.5million move for Abdennour.

The ambitious Hammers are hoping to beat already-interested Newcastle, Arsenal, Tottenham and a number of clubs across Europe, to the highly-rated 25-year-old centre-half.

West Ham confirmed the £14m signing of Payet from Marseille and are now hunting a high-class centre-back ahead of the new season – which for them starts in the Europa League on Thursday night.

I Will Be Back To My Best Very Soon! – Theo Walcott