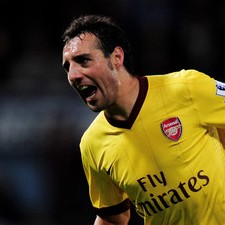 Arsenal came from a goal behind to beat West Ham United 3-1 at Upton Park and move up to fifth place in the Premier League.

The Gunners dominated in possession, but Sam Allardyce’s side fashioned the better early chances and went in front courtesy of a 21st-minute stunner from Mohamed Diame.

But Olivier Giroud’s first Premier League goal levelled things just before the break, and in the second half a strike from substitute Theo Walcott and a rasping goal from Santi Cazorla swung the game their way.