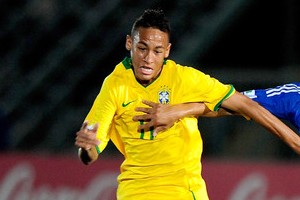 Interesting news are out and it has been reported by the Daily Mail that Premier League club West Ham have joined the clubs circling Brazilian starlet Neymar.

The Santos forward has been inevitably compared to Pele and is widely seen as the country’s most talented teenager.

It is believed that Manchester City secured first option on Neymar when they allowed Robinho to join Santos on loan, while Chelsea and Real Madrid have closely tracked him for some time.

Sources in Brazil now reveal that the Hammers have made informal inquiries in the last few days as they search for a striker.

However, Santos believe that it is at least 12 months too soon to sell their brightest prospect and insist they will not consider a deal for less than his £28.4million release clause.