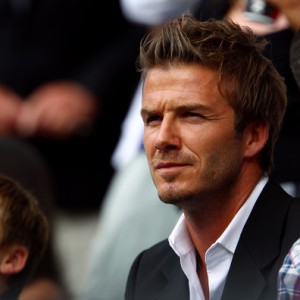 Interesting news are out and it has been reported that West Ham United co-chairman David Gold wants Manchester United legend David Beckham to help their move to the London Olympic stadium.

Gold rates Leytonstone-born Beckham as the ideal ambassador to help the Hammers win the right to move into the new facility – and the ambitious businessman even believes the 35-year-old LA Galaxy star could end his playing days in the East End.

“David Beckham could play a massive part, because of his roots, in helping West Ham win the Olympic Stadium,” Gold told the Sunday Express.

“And maybe he can still play for us in the autumn of his career.

“For him to join a club like us and help us bring another dream to fruition would be perfect for everyone. We want him aboard.”