It has been reported that West Ham United are making a move for Tottenham striker Jermain Defoe. 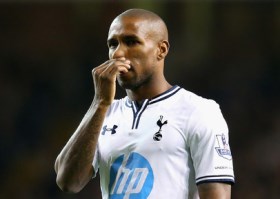 The Mail on Sunday revealed that Hammers owners David Sullivan and David Gold are prepared to bankroll a move for a proven Premier League goalscorer such as Defoe, 31, to help in their relegation battle.

A loan would be the most likely option as they will not want to commit to a permanent deal until they know which division they will be playing in next season.