Reports are out claiming that West Ham United are reviving their bid for AS Roma striker Marco Borriello. 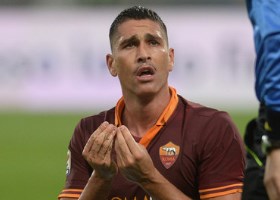 Sky Italia reported that West Ham have tabled an offer to the former Italian international for consideration – a six-month loan deal with the option of a two-year contract in June, should he play half the remaining games of the season.

Borriello’s representatives are due at Upton Park today for further talks.