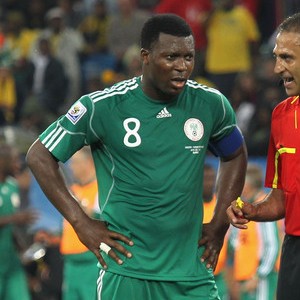 Interesting transfer news are out and it has been reported that West Ham United are reviving their interest in Everton striker Yakubu Ayegbeni.

According to The Daily Star Sunday, West Ham United will have to offer at least £9million to land one of new boss Avram Grant’s top targets.

It is said that the Hammers were stunned when Everton ­rejected their original offer of £6million plus a further £1m if Yakubu, now age 27, helped ensure they kept their Premier League status.

The Nigeria international striker is known to be ­available, particularly as manager David Moyes has signed another three strikers this summer.

But Everton want to recoup as much as possible of the £12m they paid Middlesbrough for The Yak three years ago.