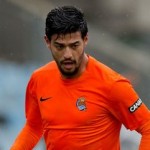 According to Marca, the former Arsenal forward is a target for the Hammers and Wolfsburg.

Both clubs are willing to meet Vela’s €30 million buyout clause.

Slaven Bilic wants Vela on board for his first adventure in the Premier League and the Hammers have offered the star the most lucrative package.