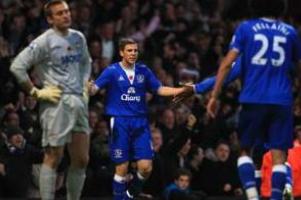 West Ham United dropped into the bottom three of the Premier League after losing 2-1 to Everton at Upton Park.

Goals from Louis Saha and Dan Gosling consigned the Hammers to a sixth defeat of the season. They were given hope by a Tony Hibbert own goal, but despite plenty of late pressure could not salvage a result.

It was Everton’s first win in four league games and brought an abrupt end to West Ham’s hopes of extending their recent run of three league games without defeat.