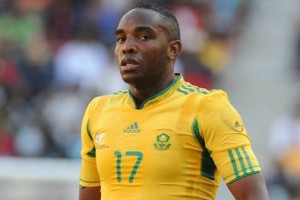 More transfer news from the Premier League is out and it has been reported that West Ham United are wrapping up their deal for Blackburn Rovers striker Benni McCarthy.

Local newspapers have reported that McCarthy will sign a 2½-year Hammers deal on Monday, after the FA gave the the green light to his visa.

It is believed that Blackburn will collect a transfer fee of around £2.25million.