UEFA recently released statistics highlighting the clubs who received the most money from gate takings in 2014. 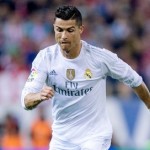 As expected, Spanish giants Real Madrid top the list with almost £90million in profit from gate receipts while Arsenal were the top English club, and number two overall, bringing in a little over £88m.

Manchester United, as always, had a healthy turnover while European heavyweights Barcelona and Bayern Munich rounded out the top 5.

Next was a trio of English clubs, making it five of the top eight for the Premier League, indicating that the top flight in England is in a very healthy position.

Top 8 gate receipts in Europe for 2014
*Courtesy of UEFA