Every manager over the course of their career makes some odd decisions on the transfer front. Be it the move of Bebe to Manchester United under the stewardship of Sir Alex Ferguson, or Manchester City’s odd loan move for Scott Carson in one of the last transfer windows, no club has been without their strange selection of players. This is most apparent for the combination of Arsene Wenger and Arsenal. Some of the time, he got things absolutely right but, in others, some of his transfers went down like a lead balloon. Here’s some of the latter.

A Dip Back Into the Japanese Leagues for Wenger 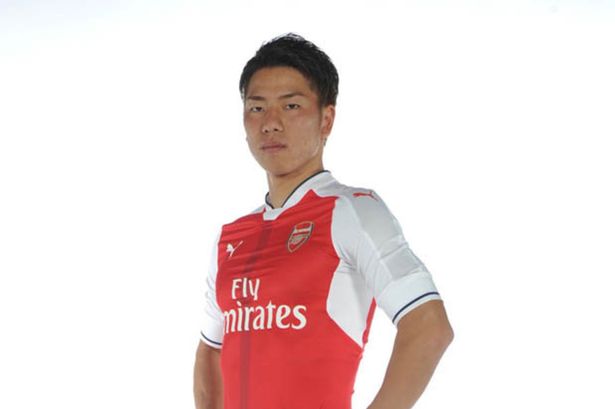 One of the first ones in recent years that springs to mind when it comes to odd transfer moves from Wenger is the decision to sign Japanese winger Takuma Asano from Sanfrecce Hiroshima in Japan. Whilst touted as being a player for the future, Asano was supposedly in line to compete for a place in the first team for the 2016/17 season. These thoughts of competition didn’t last long as the winger was refused a Premier League work permit, and a month later was loaned out to Stuttgart. The work permit issue also plagued the deal for Wellington Silva, someone who was contracted to Arsenal for the best part of six years but never played a game for the club, having had several loan moves out to the likes of Bolton and Levante.

Wenger seemed to have this knack for signing swathes of terrible defenders, as was reflected in the recruitment of French centre-half Sebastian Squillaci back in 2010 on a three-year deal. His signing proved to be a bad omen from the very start, given that the shirt number 18 he was given was previously held by dodgy defenders such as Mikael Silvestre and Pascal Cygan, another one of Arsene’s player mishaps. He is most likely best remembered for playing in the 2011 League Cup final that Arsenal would lose to Birmingham City, but this would prove to be Squillaci’s only vague contribution in the famous red and white. The following year saw Wenger get his transfer mojo back and sign Per Mertesacker which forced Squillaci down the pecking order, leading to him leaving the club in 2013.

Even following Wenger’s departure, question marks have been raised around some of the transfer policy under both Unai Emery and Mikel Arteta. When it comes to the latter, especially, the signing of the Brazilian winger Willian on a free from Chelsea certainly appeared to be straight out of the Arsene Wenger textbook for odd deals. Even if Arteta had recruited well – and, for the most part, he did – this past season has thrown up some problems that not even the best players could’ve solved. The decision to extend Aubameyang’s contract, whilst a popular move with fans, hasn’t resulted in an upturn in form for either Pierre individually or for the Arsenal side as a whole.
This is certainly evident when looking at odds from football betting sites like Space Casino that place Arsenal firmly in the frame for the top six with odds of 11/1, giving them the chance for European qualification. However, the odds of them getting into the Champions League at 66/1 seem a lot less kind and indicative of the club’s fortunes since Wenger’s departure.

Even with an illustrious 22-year tenure with the Gunners from 1996 to 2018, not even Arsene Wenger got it right all the time. For every Thierry Henry and Patrick Viera, there was a Chu-Young Park and Amaury Bischoff to back them up, especially in his later years at the club. The sheer quantity of such signings proved to be entertaining for fans of opposing teams, although some of the club’s own fans also saw the funny side from time to time.

Nani Urged To Quit Man Utd For Serie A Switch