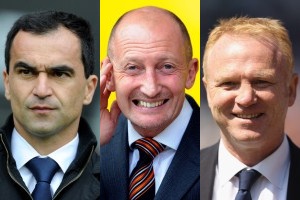 We all know that West Ham United have been relegated from the Premier League. The question now is which two other team will be joining the Hammers in the Championship next season.

Currently there are five teams in danger of being relegated.These teams are Wigan Athletic, Blackpool, Birmingham City, Wolverhampton Wanderers and Blackburn Rovers.

These five teams are only separated by one point and the last game of the season is set to be the most crucial game of their season and rest assured these teams will be fighting for their lives come match day.

So who do you think will be relegated? The following are the final day match-ups of these relegation threatened teams:-

Who will be joining West Ham United in the Championship next season? Vote now and let us know what you think. You can also leave your comments in the comments section below. Cheers!

*you can vote more than once*

Welliton, Is He The Striker Liverpool Need?