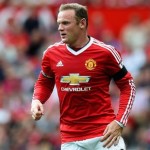 With a number of exciting summer buys- and a whole host of squads in the Premier League going through a transitional period- it’s all set up to be another enthralling season in England’s top flight. As always, strikers will surely grab most of the headlines and all 20 clubs will be hoping that their star men sparkle in front of goal. Whether its goals that win titles, or goals that could keep a team in the league, who will finish the 2015/16 campaign as the Premier League top goalscorer?

WAYNE ROONEY
He may only have finished in joint tenth position at the end of last season’s goal scoring tally but an in-form Wayne Rooney is still a formidable force up front. His hat-trick in the home Champions League victory against Club Brugge will give the Old Trafford faithful hope that 2015/16 could be a prolific season for Roo and he will need to provide the goals in the absence of the now departed Robin Van Persie. The Man U front man is 11/1 to net the most goals this season.

SERGIO AGUERO
Whilst Man U are looking to their home grown hero to pick up the golden boot this season, city and Prem rivals Manchester City will be counting on one man. Argentine genius Sergio Aguero will be hoping to match- if not better- his goal scoring record from last season where he managed to bag no less than 26 goals for his side in just 33 Premier League appearances, despite being hampered by injury on numerous occasions. Unsurprisingly ‘Kun’ is 11/4 favourite and can be backed with Betway to scoop the Premier League Golden boot accolade again. 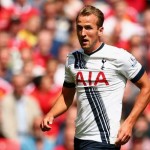 HARRY KANE
Spurs superstar striker Harry Kane quite literally blew everyone away last season by performing above and beyond expectations At just 21 years of age he managed to net 21 goals for his club in a startling breakthrough season for the youngster making fans at White Hart Lane and the rest of the Premier League sit up and take notice. Kane even managed to score on his international debut just 2 minutes in to his first appearance during a game against Lithuania. Will he live up to the standards he set last term or will he be hit by

CHRISTIAN BENTEKE
Even though new Liverpool striker Christian Benteke is way back down the field at 16/1 to take the title of top goal scorer this season, there’s still a good outside chance that the former Aston Villa forward will be able to better his 13 goals from last year. Ask any Villa fan and they will tell you that Big Ben has the potential to be even more prolific than he was during his 3 year stint at Villa Park. Brendan Rodgers will be hoping Benteke can inspire the sort of form the Reds managed to produce in 2013, when Daniel Sturridge and Luis Suarez managed to net a massive 52 goals between them before falling just short of winning the title.