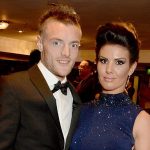 His newly-married wife, Rebekah, took to Twitter to rant about fans trolling her over the move, insisting she has no control over her husband’s footballing future:

“Listen LCFC fans don’t come at me with abuse! I have nothing whatsoever to do with calling the shots in my husband’s career! It’s unfair”