Reports are out claiming that Arsenal striker Olivier Giroud is being urged to return to France by his wife. 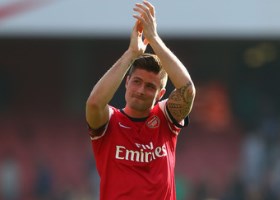 Last month Jennifer Giroud shut her Twitter account after the Arsenal and France striker admitted to cheating on her.

A source told the Sun on Sunday: “She’s agreed to take him back, but only on the condition they leave London and England.

“He’s desperate to save the marriage because he knows how stupid he’s been – so he is going along with what she wants.”

The report adds to speculation over the future of the France striker, 27, after he was apparently spotted on Thursday meeting with ‘super agent’ Muzzi Ozcan.