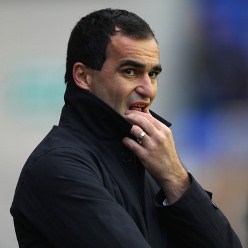 Arsenal’s Premier League resurgence continued as a comfortable 4-0 victory over Wigan at the DW Stadium saw them move into fifth place in the table.

Mikel Arteta, Thomas Vermaelen, Gervinho and, inevitably, Robin van Persie all found themselves on the scoresheet as the Gunners registered a sixth victory in their past seven league games to draw level with Newcastle United.

Wigan, who move bottom of the table following Blackburn’s victory over Swansea, offered little threat as Arsene Wenger oversaw the kind of accomplished victory that used to be so commonplace for Arsenal, but has been rather absent over the past 12 months.

Indeed, it was Arsenal’s biggest away victory since the opening day of the 2009-10 season when they defeated Everton 6-1 at Goodison Park.