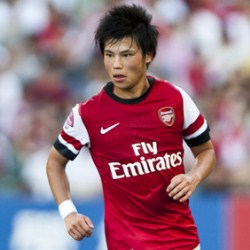 Reports have emerged that Wigan Athletic have clinched a deal for Arsenal winger Ryo Miyaichi.

The 19 year old Japanese international has joined Wigan on a season-long loan.

“Everyone at Arsenal Football Club wishes Ryo the best of luck during his time with Wigan.”