It has been reported that Manchester United attacker Wilfried Zaha insists he holds no grudge against former manager David Moyes. 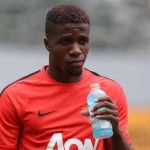 Sir Alex Ferguson bought the England international star from Crystal Palace in January 2013. Moyes, however, seemed determined not to play him at times last season.

“There was so much pressure on him, so I can’t really blame him,” said Zaha.

“To be honest, if you are not the manager’s cup of tea you can’t do anything about it. It was definitely not my attitude.

“The manager had his way of playing and maybe I just didn’t suit it. This manager will tell you exactly how he wants it.

“He won’t beat about the bush or not tell you anything. He’ll just tell you and that helps you, instead of isolating you or just not telling you. He will let you know exactly where you are and what you are doing wrong.”