It has been reported that Derby County are ready to sell starlet Will Hughes to the highest bidder. 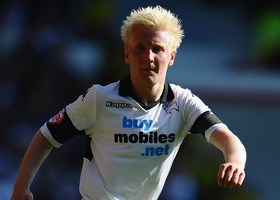 The Daily Star Sunday claims that Hughes is a Liverpool nut and the England Under-21s star has made it clear that if he is forced to leave Pride Park, he wants to be part of Brendan Rodgers’ rebuilding plans.

The midfielder, 18, can take his pick of the Premier League’s top teams but will snub Manchester United and Arsenal in order to secure his dream move to Anfield.

Derby are determined to hold out for £15m for the teenager who has been tracked by Man United, Everton and Arsenal for two years.

But Hughes and Derby are close to a deal with the Kop giants which will see the Championship club net a huge fee in January and keep Hughes for the rest of the season.