It has been reported that Sporting Lisbon midfielder William Carvalho knows Manchester United are keen. 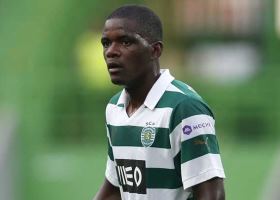 Despite the speculation surrounding his future, the 21 year old Portuguese international insists he is committed to Sporting’s current campaign.

Speaking after the club’s 2-1 win over Braga, Cavalho said: “It’s nice being praised and to know there are some big clubs interested in me.

“It could be Manchester United or Real Madrid. It’s just nice to have a great European club after me, but at the moment I’m just totally focused on Sporting and doing my best until the end of the season.

Carvalho will wait until the end of the season before making any decision and where he goes next.

He said: “At the end of the campaign, we will see what happens.”