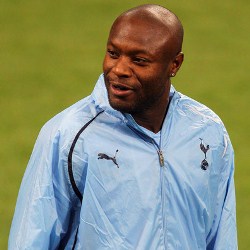 Tottenham defender William Gallas has quit international football after having not featured in any of national coach Laurent Blanc’s squads to date.

Gallas, now age 33, was not included in the party for the Euro 2012 qualifier against Belarus and the friendlies against Ukraine and Poland this week.

In an interview with sports daily L’Equipe the central defender appeared to indicate he would not want to be picked again.

The former Arsenal and Chelsea defender said: ”When I saw that I had returned to my top level [with Tottenham] I thought [Blanc] would recall me. It was said that the best would be selected and I think this season I was one of the best French players in my position.

”Well if it’s like that… I have drawn a line under my international career.”

Gallas last featured for France in their disastrous campaign at the World Cup in South Africa last summer, which was overshadowed by a player strike after forward Nicolas Anelka was sent home following a row with then coach Raymond Domenech.