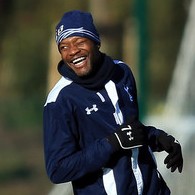 Reports are out claiming that Tottenham centre-half William Gallas wants no hangover from their disappointing 2-1 defeat at Manchester City when they meet Arsenal in Saturday’s north London derby.

Spurs are now seventh in the Premier League, three points adrift of Everton and West Brom in fourth and fifth respectively.

The former Arsenal and Chelsea defender said : “It is the big derby. We need a good result there. We have to do something,”.

“It was a good opportunity to beat Man City. They were not really strong.

“We scored with our first chance and conceded two goals and in the dressing room we were very frustrated about the result.

“We could have got something from the game. We could have played better, we couldn’t keep the ball very well and that was maybe the key of the game.

“We were very frustrated because we then had the chance to score the second goal.”