It has been revealed that Arsenal goalkeeper Wojciech Szczesny is “amazed” by Aaron Ramsey form. 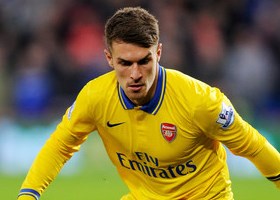 “I imagine he does pretty well at Fantasy Football,” said Szczesny.

“I’m just as amazed as everyone else. To score as many as he has, any striker would be delighted.”

Asked if Ramsey was nailed on to be player of the year, manager Arsene Wenger said: “He has been outstanding until now. You want always to jump into the future but we have to enjoy the present. If he keeps playing like that, of course, but it has only been a third of the season.”