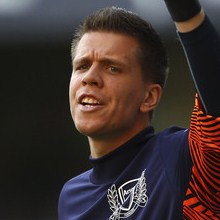 Wojciech Szczesny has declared that there is plenty of time for Arsenal to turn things around.

The 21 year old Pole has complete faith in the Arsenal team to deliver despite their disappointing start to the season.

“You can’t make such a statement after a couple of months and our poor start to the season,” Szczesny told arsenal.com.

“Spurs are a great club, they showed that they can play really good football, but are they really better than Arsenal? I don’t think so.

“I am an Arsenal fan and I totally believe in this Club.

“I think we should just focus on winning every single game now,” he added.

“We have to take it game by game, make sure we stick together and improve our performances.

“Then we just want to give ourselves the best chance of finishing high in the table in the top four and possibly compete for the Championship.”